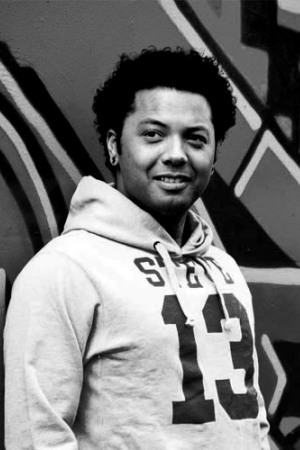 American born Melvin Reese started his DJ career in 1995 as a regular guest DJ in local clubs and various parties in his hometown Utrecht. Two years later, Melvin started as a resident DJ at the popular afterhours clubs Latido and Lexion in Zaandam.

In the same year it was for the first time that he played at the Madhouse Friday night in the notorious club  iT in Amsterdam. From then on, the career of DJ Melvin got in gear; he started DJ-ing regularly at the iT and sometimes played solo during the absence of the resident DJ`s. 1998 Was the year that Melvin Reese started playing in several clubs and parties all over Holland and Europe. In 2003 Melvin became resident DJ of the new iT on Friday together with DJ Jean and Tony Cha Cha.

After being resident at the Dutch venue Waakzaamheid for one year, Melvin Reese started producing with established producers like Kenneth Heuvel (The House Negro) and Jas van Houten (Nether Man) for several labels like iT Records, Walnut and Rewind (Combined Forces) and Vinyl Inside (BPM Dance).

In 2001 he started producing with good friend and well-known producer Richard van Schooneveld, known in the past as G-Spott and currently known as Richard Durand. This cooperation would lead to the release of ‘L.O.I.S.’ a record dedicated to his at that time 6-year-old daughter Lois who also played a significant part in the video. ‘L.O.I.S’ claimed the # 1 position within 3 weeks in the Dutch Dance Charts, reached the top 15 in the Dutch Singles Charts and the video could be found on high rotation play lists on TMF.

Due to these successes, Melvin became a respected producer next to his fame as a highly skilled club DJ. Follow-up singles ‘Set U Free’ and ‘Tragedy’ followed the same path and went straight to the # 1 spot of the Dance Charts as well, with high Single Charts positions and global licenses to follow.

Melvin Reese shows his love for pumping tribal grooves in his many productions. Having run the label Vinylized Recordings in collaboration with Mid-Town Records, releasing groovy tribal orientated tracks produced in collaboration with uberproducer Rene Amesz, Melvin also understands the business side of the music industry.

As a remixer, Melvin got the sweet taste of success as well as his hailed remix for Luna Mora “A Better Day” (Luna Mora being an alter ego of Gregor Salto) was licensed to many compilations worldwide and even received a full single release in the United States.

Melvin Reese both experienced chart successes with his commercial singles as well as support from artists like a.o. Carl Cox and Sander Kleinenberg for his underground tribal driven club bangers such as ‘Bad Boy’ and ‘Strong Resemblance’. A clear sign Melvin Reese knows his way in the studio and is able to please both the charts as the clubs.

With the 2010 release of his biggest hit to date ‘L.O.I.S.’, his highly supported remix for the Robin S & Corey Gibbons single ‘At My Best’, productions for a stack of established artists and releases lined up on labels such as Sneakerz, Hardsoul Pressings and his home base Selekted Music, the coming years look bright voor Melvin Reese!