Hardsoul consists of DJ ROOG (Rogier van Bueren) and brother Greg van Bueren. The pair teamed up in the mid-90s to form a duo that is revered as well as respected in their native Holland as well as globally with a sound that is as soulful as it is quality.

The pair started out as club DJs in the mid-90s, working their way up in the scene which was still largely in its infancy back then. 1998 saw the boys venture into production, with the track Hardsoul ‎– Do What I Gotta Do kicking things off in fine style. Over the years a steady output of cutting edge house music saw the brothers rise up through the ranks, both in the clubs and with their productions.

Smash club tracks include Hardsoul feat. Rose – ‘All Night Long’ and Hardsoul feat. The Soulhustlers – ‘Never Gonna Stop’. Hardsoul feat. New Cool Collective ‘Bounson’ in 2005. The following year Hardsoul’s ‘Deep Inside’ was a smash on the label, and was subsequently licensed a wealth of international compilations. Another big one for the Hardsoul boys on their own Hardsoul Pressings label was Hardsoul & Michael Canirot´s in 2008.

Hardsoul then set the bar higher with a debut compilation release, DJ ROOG presents Hardsoul; The Sound of Love and Dedication. The album was Holland’s highest selling house compilation of 2004.

Hardsoul’s high levels of industry in the studio include Lust For Life (featuring the sumptuous saxophone skills of Candy Dulfer), Love Got Me High and the uplifting Waiting For You. Who could forget Hardsoul feat Ron Carroll on a track called Back Together? With the original track out in 2003 on legendary US label Soulfuric, a new package was released on Hardsoul Pressings called the Remaster Collection for 2012, which came with a slew of remixes from the likes of Frankie Knuckles & Eric Kupper, and many more .This was an astonishing slice of gospel inspired music, and arguably one of Hardsoul’s most revered productions.

From the DJ booth to the main stage, 2009 saw the circle completed by launching Hardsoul Live. The concept is simple, ROOG & Greg on the decks complemented by the best percussion, vocalists and live instruments. Hardsoul Live has been booked to perform at the likes of Rockit Open Air festival, and Dance Valley and also at Ahoy venue in Rotterdam. Supremely talented Dutch artists such as Candy Dulfer, Mavis Acquah, Mitch Crown, Alain Clark and Glenn Helder have all been brought on board by ROOG and Greg to make the Hardsoul Live experience unforgettable. 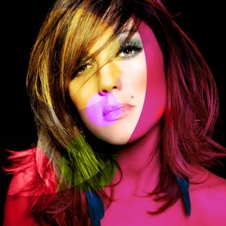