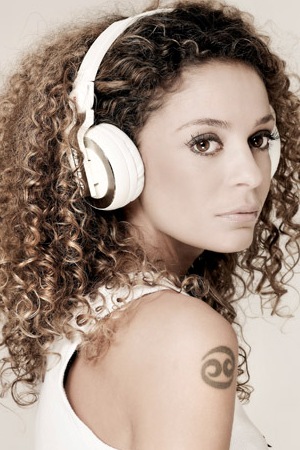 Businesswoman
Actress, TV host, lingerie model, businesswoman, endurance rider and DJ, in other words, this also still young mother of two children is a woman of all trades. She was discovered by the producers of the popular Dutch soap series ‘GTST’ (Good Times, Bad Times) when she was 21. In 2003 she won the ‘Spits talent award’, she covered many magazines and she still owns the title of most sold magazines of ‘FHM’ ever.

Actress
The actress played many guest roles in different TV-series and hosted two life style programs for RNN7 and RTL5. In 2010, the actress was chosen as most sexy mother of the Netherlands by the listeners of Radio 538 and in 2011 she had her film debut in the new Dutch movie ‘Stiletto’s’, in which she plays the leading role.

In 2011 she also plays the role of an Interpol Agent in the English spoken movie ‘Amsterdam Heavy’, which had its world premiere during the Cannes Film Festival in May.

Endurance rider
Besides acting and hosting TV shows, she became the newest lingerie model for lingerie brand ‘Sapph’ and made her debut as a DJ in 2011. Besides all this, her passion is endurance riding (long distance horse races) with her two Arabian horses.

DJ & Producer
As a DJ she appears by the artist name Fajah. By now she performed succesfully in established Dutch dance clubs such as Club Home, Jimmy Woo, Panama, Beachclub Vroeger, Escape, Het Paard, Holland Casino, Cinema, Off Corso and many more. Furthermore she attended the DJ-booth during Nightlife Awards 2011, Miljonair Fair 10 Year Anniversary and classy fashion events broadcasted by FashionTV; when Fajah enters as a DJ expect a hot session of house tracks that will make the crowd go down! Besides being a DJ she produces her own tracks and also happens to be available for remix projects.