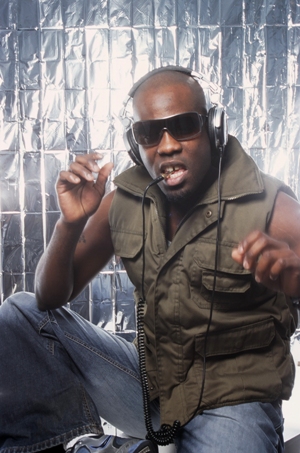 It was clear from an early age Corey was heading straight for a life in music. His childhood nickname was ‘Music Man’ because of his immediate attention drawn to the sounds of all types of music. Now his sounds enable him to collaborate with one of his childhood heroine RobinS.

In 1998 after he received his degree in international business, Corey promptly got on a plane and went to Iceland to discover the European music scene and its club culture. He quickly established himself as a house DJ on the Island and rocked it. Due to the small demographic size and weather Corey moved to Sweden were he DJ on the local scene.

Corey’s international break came when he moved to Luxembourg in 1999 and teamed up with Gregory Jones and Forcefield producing ‘it’s a disco night’ which became a Benelux success. This production opened the door for his 1st video clip and international contacts. Later that year Corey got a call from Bob Christy to host his very own radio show every Friday on Luxembourg’s Waky 107 FM radio.

Corey held his dance floor show breaking the fattest sounds in dance music to Luxembourg and the bordering countries of France, Belgium and Germany. During those years he performed at many national festivals and club events in the region. “This was definitely an important and influential time in my career – a rich and interesting journey which molded me into, and established me as a DJ/Producer. A dream come true, and I was hugely motivated to move forward.”

On the house tip, Corey moved to the Balearic island of Ibiza in the summer of 2005. Corey has been working intensely in the studio producing and mixing during the summer for Hed Kandi, El Divino and IBZ Lounge, amongst other international gigs.

In 2007 Corey Gibbons aka (Kawa) had a very clear vision of where he wanted to take his company, Kawa Entertainment and its division Kawa Music. Corey understood from the outset the importance of getting everything right. “Kawa Music understands the difficulties faced by DJs, Producers & Artists in the ever changing and evolving music industry. It was very important to create the design and the umbrella of kawa entertainment to be fully self-sufficient. I think small things set you apart from the start, and I want the label to be known for quality music and promoting new talent.”

2008 saw Corey with his own We Play Ibiza radio show on Hot FM in Malaga, Spain along with his residency at Plato68 www.plato68.com in Estepona, Spain. He is also the resident DJ for clubbing brand Miss Moneypennys at Pangaea, Puerto Banus and legendary clubbing brand Cream on the Costa Del Sol with guests such as Carl Cox, John Digweed, Steve Angello, Dirty South to name a few. Corey also took on his summer residency at the new Mansion Club in Marbella, Spain.

2009 see Corey’s signed “At My Best” with Selekted Music Holland for worldwide release this Spring along with worldwide tour in club land. Along with remixes in the pipeline and new release under is name and alias Kawa.