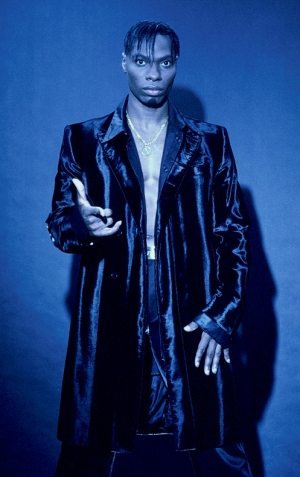 Captain Hollywood Project: was an American living in Germany-and actually created and started EURODANCE , founded by former Twenty 4 Seven rapper Tony Dawson-Harrison,he was called CAPTAIN HOLLYWOOD since back in 1982 the name was givin to him from his military friends (because he danced even when in uniform) Captain Hollywood was the very begining of BREAK DANCE IN EUROPE he performed on a national TV show in 1983 by the name of FORMEL EINS and the whole nation watched the 1st channel ARD as the Captain Hollywood begain his musical career.

He became the choreoghaph of formel eins and afterwards for many others like (LATOYA JACKSON / KIMWILD / NATALIE COLE / O-TOWN /CC CATCH and many more. he was featured in german cult movies with famous boxers and represented germany in cannes for the break dance movie premier of BEAT STREET. From 1985 to 1987 Tony released 3 singles and a album as captain hollywood this gave him respect in the clubs and support from the DJs, he charted indepently without help from a major ,the DJs pushed captain hollywoods records not the record company. He added the project to his name in 1992 until 1996 because in that time he begain releasing records with different singers singing the chorus, And that gave his albums more of a project feeling,captain hollywood had the pleasure of working with many great singers and producers in germany.

He also worked together with a producer from holland (Rude von Reihe) and a rapper from holland (Recardo-MC Fixx IT). Together Tony /Recardo /and Rude Created the Holland Based Project TWENTY FOUR SEVEN, Tony alias Captain Hollywood was the head and leader of the band 24/7 Featuring his close friends and partners Hanks Goivanni Falco /Jacks Wolgang Reis and the Dutch singer Nancy Coolen together they tour with MTV EUROPE for 3 months being supported by MTV London and sponsored by the watch company SWATCH Nancy was only 16 years old with a voice of a 25 year old singer, Hanks and Jacks were with Tony for many years in Germany before twenty four seven, they both helped him to learn the German language and he therefore trained them to become professional artists in the music industry. and today after knowing each other for so many years they are like brothers from different nationalities Tony American /Hanks Italian /and Jacks German [edit] Origins Tony Dawson Harrison: The original artist: Captain Hollywood and his many different projects: After taking the group Twenty 4 Seven to top 5 chart positions all over Europe including Great Britain, with the hits I CANT STAND IT and ARE YOU DREAMING. Tony then left the Dutch group Twenty 4 Seven to return back to his own solo project, just after the release of their debut album Street Moves in late 1989 to 1990. He released a solo album titled Love Is Not Sex soon after.

The album, went top 10 all over the world including the United States. It was followed by two singles, the title track ‘More and More’ and ‘All I Want’. In 1992 he hired German producers Adler, Eisele and Keil, to produce some of tracks for the up coming album Captain Hollywood Project. Tony wanted to work with many different vocalists. Petra Speigal was his main singer in the studio and on stage. Petra has been a great live vocalist for all of Tonys live shows. And she was also part of his original project.

Another vocalist he worked with was Nina Gerhard, Nina has a very emotional voice, so Tony perfered ninas voice to be use for his first release. And she was chosen to be the singer of the chorus of the first released single ‘More and More. Tony then gave the name PROJECT to his dancers , they were truely dedicated to the captain and his new style of dance which he created. This new style was givin the name THE CREW LOCK a mix out of military movement and locking. Cihat was one of Tonys best dancers as well as one of his closest friends Cihat was givin the name Jelly Jell and jelly jell continued to keep the crew lock alive with a new generation of dancers that remember and respect the true art of the dance and where it came from [edit] Albums Tony Harrison’s Captain Hollywood Project released four Eurodance singles, ‘More and More’, ‘Only With You’, ‘All I Want’ and ‘IMPOSSIBLE’ from the end of 1992 to 1994. All four singles were huge hits all over the world. The first single charted at number 1 for 8 weeks on the Germany national media control charts. The debut album, Love Is Not Sex, sold 400,000 copies in Germany alone, and over 7 Million copies world wide. It included More and More and Only With You, plus the later singles All I Want and Impossible – both released in early 1994.

In the USA in late May 1994, the song Rhythm Of Life was requested from many radio DJ’s, but it was never officially released. In 1995, after almost a year of silence, the Captain released his second album, Animals Or Human. it sold over 300,000 copies in Germany alone and another 350,000 copies in France. After many years of touring and living on the road, Tony Dawson-Harrison decided then to establish his own production studio and called it Hollywood Productions. He began producing American artists and preparing them for the European market, so they could also get experience on the European market. Three singles followed the release of the album: Flying High, Find Another Way and The Way Love Is.

Those singles were again huge hits but The Way Love Is did not chart as high as some of the other singles in comparison. In mid-1996, Tony decided to team up with , P Force, Alex belcher for the production of his third album. Over and Over, the first single for their forthcoming album, was a very popular hit during the summer. The album included two more singles, Love and Pain and The Afterparty, both in their original form. Both singles were also huge hits in the European territories, however Tony Harrison decided in early 1997 to relocate and return back to his own country, which was the United States, just to come back in 2001 to produce the Band “O-Town” for the very first Making The Band for MTV.

In 2002 he brought the band 3rd Wish to Germany and developed them for the European market. They had several Hits in England, France and Germany and tour successfully through out Europe. After the work with 3rd Wish Tony Harrison was promoted to vice president of Skreem Records USA in 2004 and in 2007 promoted once again to President/CEO of Skreem Records Corporation in Orlando, Florida. Tony has had a long and successful career with many ups and downs, but at the end he says it has been beautiful. Tony now works in the background of the music scene and not in the spot light any more. Now Tony is settled and living directly on a beautiful beach in sunny Florida, Tony now enjoys life without the fame.